↓
Home » BLOG » Debunking one of (many) Facebook Scam Posts 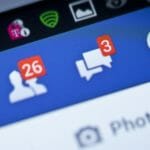 Copy-and-paste memes on Facebook — those blocks of text posted on message boards, forwarded in emails and shared via social media — are as old as the internet. A recent example started popping up in late 2017 and continues to see the occasional bump in shares. This meme claims that Facebook’s “new algorithm” is limiting the number of people whose posts show up in your News Feed, usually pegging the number at just 25 or 26 people. Readers are directed to comment on the post, which will supposedly “bypass the system” so that their posts show up in the future, and then copy and paste the text on their own Feeds.(Also called “click-jacking”)

Here’s one example of the meme, debunked by the Washington Post:

How to avoid hearing from the same 26 Facebook friends and nobody else:
Here is a post explaining why we don’t see all posts from our friends….
News feed recently shows only posts from the same few people, about 25, repeatedly the same, because Facebook has a new algorithm.
Their system chooses the people to read Your post. However, I would like to choose for myself, Therefore, I ask you a favor: if you read this message leave me a quick comment, a “hello”, a sticker, whatever you want, so you will appear in my news feed.
Don’t just “Like”, Facebook requires a “Comment”. Even one word! Thanks!!!
Otherwise Facebook chooses who to show me and instead I don’t need Facebook to choose my friends!
Do not hesitate to copy and paste on your wall so you can have more interaction with all your contacts and bypass the system. That’s why we don’t see all posts from our friends!

Though multiple publications have debunked this meme, it continues to persist. So, to clear things up: No, Facebook does not set a limit on the number of people whose posts are shown in your News Feed.

“The idea that News Feed only shows you posts from a set number of friends is a myth,” says Ramya Sethuraman, a product manager who works on ranking. “The goal of News Feed is to show you the posts that matter to you so that you have an enjoyable experience. If we somehow blocked you from seeing content from everyone but a small set of your friends, odds are you wouldn’t return.”

However, the persistence of the “26 friends” myth is understandable.

That’s because the posts in your News Feed are ranked in the order we believe you’ll be most interested in seeing them. The News Feed algorithms prioritize posts that are predicted to spark conversations among people, whether because of format — for example, live videos tend to lead to more discussions than regular videos — or because the posts were shared by people, groups or Pages you interact with frequently.

Because of this, it’s possible that you’ll see content from a similar list of posters at the top of your News Feed, which can make the “26 friends” idea seem plausible. If you scroll down, though, you’re likely to see posts from an even wider group of people.

Similarly, while leaving a single comment on a post won’t suddenly “unblock” you from showing up in your friends Feed (because there’s no arbitrary limit in the first place), there’s a grain of truth here, too. If you frequently trade comments with a friend, their posts are likely to be shown higher in your News Feed than posts from someone you never interact with.

If you want to control what you see in your News Feed, there are more straightforward ways to do it than by sharing memes. Because we know we don’t always get it right, we’ve built and are continuing to build new controls so that people can directly tell us what they want to prioritize, take a break from or get rid of. If you want to make sure you see everything from a certain person, you can use the See First feature to put that person’s posts at the top of your Feed. If you’ve heard too much from someone, you can Un-follow them. If you just want to take a break from someone, the Snooze feature removes them from your News Feed for 30 days.

Any cookies that may not be particularly necessary for the website to function and is used specifically to collect user personal data via analytics, ads, other embedded contents are termed as non-necessary cookies. It is mandatory to procure user consent prior to running these cookies on your website.