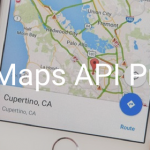 Do you have a Google Map on your Website to let your Customers know your Location?
Without a billing account the maps do not show anymore.
Under a certain amount of Views of the Map it is still free but Google insists now a Billing Account must be in place even though they might not charge you because you do not have many views.

If you’re using Google Maps as part of your web presence, whether that’s by embedding maps on your website or by building them into mobile applications, then you’re probably already aware that some or all are not correctly displaying anymore.
That’s because Google has recently announced the launch of its new Google Maps Platform, which “introduces changes to their products, pricing, and support to provide…greater flexibility, transparency, and control.” These changes will affect every individual and every company which is using Google Maps and its API to power functionality on their websites. That is why it’s so important to wrap your head around the changes and to understand what they mean for your business.

Google Maps Platform: What are the changes?

The changes to Google Maps kicked in on June 11th, 2018 and require users to create a valid API key for each of their web projects that use Google Maps to display data. You’ll also need to enable billing with a credit card in much the same way that you need to add your credit card details before you start running Google AdWords. Google says that by doing this, you’ll also be able to scale up and down more easily with less downtime and fewer performance issues on your website.

These new requirements mean that Google has stopped offering support for any requests that don’t include an API key. Now that these changes have taken place, calls to the Maps JavaScript API and Street View API return only poor quality maps with a watermark. Invalid requests to the Maps Static API, Directions API, Distance Matrix API, Geocoding API, Geolocation API, Places API, Roads API, and Time Zone API will all return an error.

For website owners, this means they’ll need to either redevelop their sites to use a rival service or create a billing account for Google Maps and an accompanying API key. They’ll also need to update the individual widgets on their website to ensure that they’re making all requests using their new API key.

Of course, all of these changes mean that not everyone is happy. Web developers are having to call their clients up to ask for credit card details, companies are having to redesign their sites at the drop of a hat and Google itself is facing a backlash in the comments section of its blog. One user complained that “you can’t just take a service that’s been free for years and then start charging for it once everyone has committed to using it”.

The problem for Google is that 41% of internet users from across the globe use Google Maps, which means that making any type of change to the platform is automatically controversial. But with so many queries being made through Google Maps and no real way for the company to monetize it in the same way that they monetize their search results, the company was forced to provide more and more resources for free. Until now, at least.

These changes aren’t all bad, though. For example, Google has simplified eighteen different APIs into just three products: Maps, Routes, and Places. This will make it simpler for developers in the long run and also allow them to better structure their data and to ensure interoperability. These updates are deliberately designed to work immediately with no change required on the part of developers. Better still, some users will set aside from this issue.

Not all Google users will be affected

The new updates to the Google Maps API are designed with larger companies in mind, and users will be given access to $200 of free resources each month for Maps, Routes and Places. This will be enough for smaller sites and local businesses but will quickly be eaten up by larger companies who make more API requests through Google’s services.

These resources will only be provided after billing has been enabled and a valid payment method has been approved. It’s reminiscent of how Dropbox works in that a certain amount of resources will be provided for free and that you’ll only be charged if you go over them. If you’re hoping to rely on just the free resources, then you’ll need to consider how close you are to the resource limits. If you run out, then you’ll be charged automatically.

The truth is that everyone who uses the Maps API will be affected by the changes because they’ll need to generate an API key and enter their billing details. It’s just that not everyone will have to pay. It all hinges on how many resources you’re consuming.

Price change as a part of the major update

By now, you’re probably wondering what the new pricing structure looks like. The good news is that there’s plenty of resource usage allowed for free and that after this resource limit is reached, it switches over to your $200 of free resources. You’ll only be charged if and when you exceed both sets of resources.

Let’s take a look at what you can expect to pay.

There are free, open Source Alternatives such as Leaflet Map, which I use myself (bottom left Map)
Originally published at zfort.com

I release new features and updates throughout the year

This website uses cookies to improve your experience while you navigate through the website. Out of these cookies, the cookies that are categorized as necessary are stored on your browser as they are essential for the working of basic functionalities of the website. We also use third-party cookies that help us analyze and understand how you use this website. These cookies will be stored in your browser only with your consent. You also have the option to opt-out of these cookies. But opting out of some of these cookies may have an effect on your browsing experience.
Necessary Always Enabled
Necessary cookies are absolutely essential for the website to function properly. This category only includes cookies that ensures basic functionalities and security features of the website. These cookies do not store any personal information.
Non-necessary
Any cookies that may not be particularly necessary for the website to function and is used specifically to collect user personal data via analytics, ads, other embedded contents are termed as non-necessary cookies. It is mandatory to procure user consent prior to running these cookies on your website.
SAVE & ACCEPT
X